Is there a better way to ring in the New Year than a week vacation in paradise at an all inclusive resort? I think not!

Thanks to Sean’s grandparents we got to spend a week in Cancun with his entire family over New Years. It was such a blast! And Sean and I even stayed up until after midnight on New Years Eve!! haha that hasn’t happened in a long time (we’re old and boring).

Anyway we met everyone in the Cancun airport and off to adventure we went!

We spent the week pretty much in the water all day long. We’d get up early and claim our spots by the shallow end of the pool so Madman could just walk in and out of the water playing. The girls tanned while the boys played football and braved the crazy waves of the ocean.

The second day we were there we convinced Heath, Lesley, Ty, Mattie, and Chris to go snorkeling with us. It wasn’t the best snorkeling because the water was so choppy, but it was still fun to get out. And being totally honest I’m not a huge fan of of snorkeling…too many fish ;). In fact my favorite snorkeling came later in the week when Sean and I went on this island adventure tour (ill tell you more later) and we swam in the rock caves that had no fish! haha like I said my favorite snorkeling.

Side note: people never understand why I snorkel if I don’t like/am scared of the fish. I do it because how can I not?? I mean am I just going to hang out in the boat while the others swim. No I’m going to get over my fear and snorkel with the darn fish!

This trip was also all about the food! Unfortunately it wasn’t until like the 3rd day there that we found this AMAZING taco stand on the resort. It was tucked away in a back corner so it wasn’t very crowded, but it was probably some of the best tacos I have ever had, and I grew up 30 min from the Mexico border so I’ve had good tacos before. The best part was probably the unlimited guacamole we could eat as we waited…my mouth is watering right now! The buffet was great and 3 of the nights we got to eat at the fancier restaurants on the resort. I think my favorite was the Japanese one, I mean you can’t really beat and ice cream bar for dessert. And the fries at this place!! haha I think us girls has a few plate of these a day…they were so good!

When we weren’t eating we were doing the Mickey Mouse dance with Maddux, playing in the sand, swimming, and drinking our virgin pina colada/strawberry daquiries/mojitos (oh my goodness, mojitos are a new favorite!).

Sean and I then headed out one day for an island excursion. They loaded us up in thsre rickety off roading vehicles and took us deep into the forest (probably not that deep) on this crazy bumpy dirt road. I thought I was falling out more than a few times! Reminded me of off roading on our honeymoon in Aruba when I seriously thought the truck was going to flip over! But this was one of my favorite things we did the whole trip. That day consisted of repelling into caves, snorkeling in said caves and ziplining high above the trees and even ending by ziplining into the water. It was so so fun! I’m so glad Sean goes on these adventures with me!

Another highlight of the trip for me was coming in second in the dance competition with Maddux (he totally won it for us ;). We must have danced up on the stage for at least 30 minutes! By the end I was literally dripping sweat (sorry if gross!) but it was so worth it to spend that time up there dancing with him. I mean come on he is pretty dang cute! 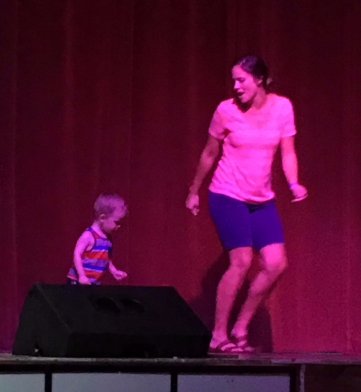 We also got to party it up on New Years Eve to ring in 2016. We hung out with Ty and Mattie dancing (which was more like jumping up and down to the music) and running back and forth between the different parties. We ended the night out on the lawn where they had fireworks and rang in 2015 in style! Definitely a new years eve to remember! 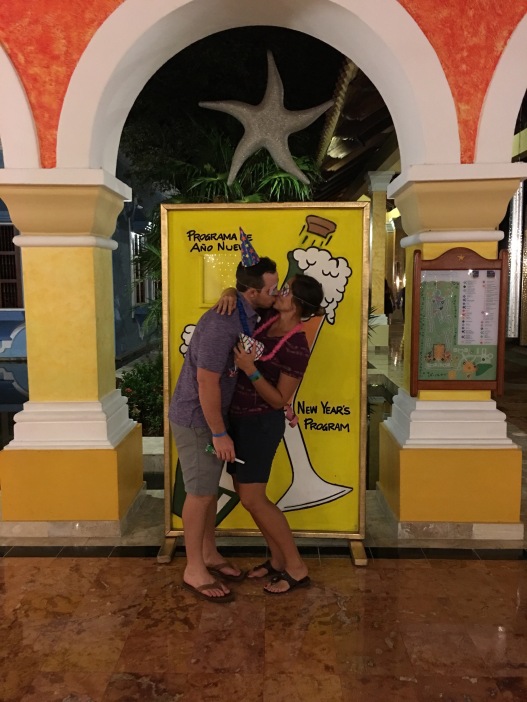 Towards the end of the week we loaded up into van and headed out to the ancient city of Tulum. It’s so cool walking around the ruins of this city. It just makes you wonder what it was like back in the day when this city was a teeming metropolis. One positive for me and Sean was the fact that to us the heat and humidity were not that bad! Florida has trained us well, so while everyone complained of the humidity we were totally fine (except the frizzy hair…nothing helps that!). 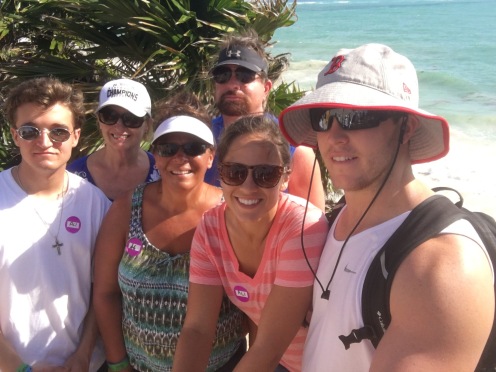 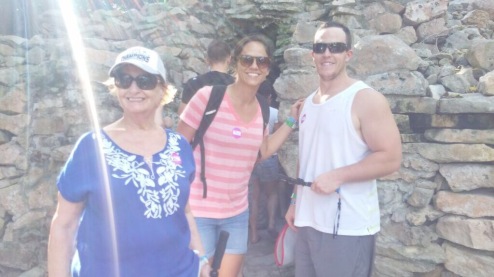 This trip was so amazing and we were glad we got to spend a week with Sean’s entire family. It’s always hard to say goodbye but I love the time we get to spend together! 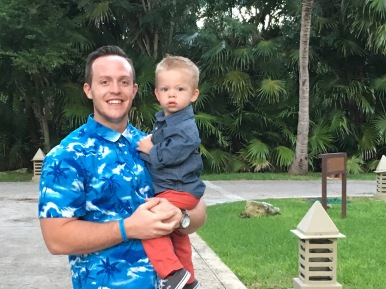 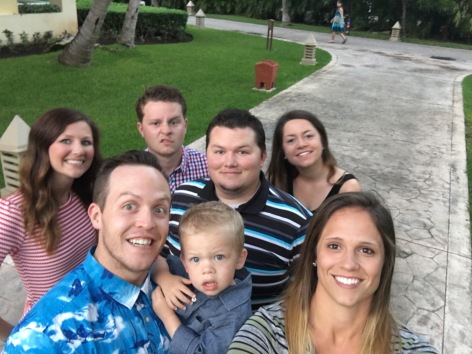 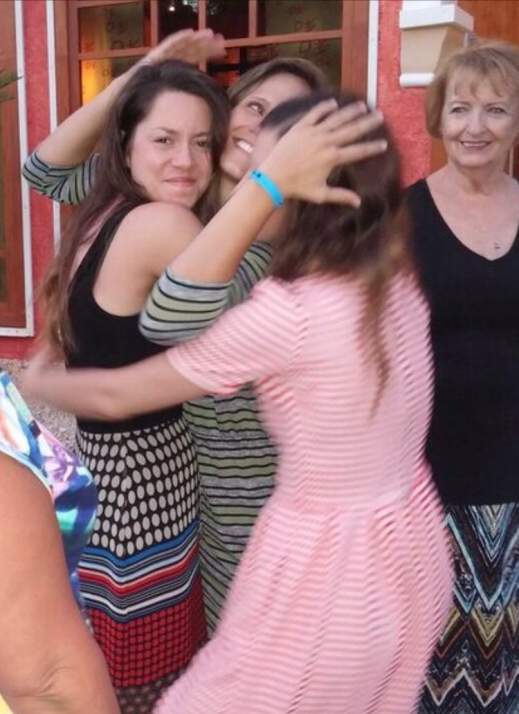 We LOVE this family of ours!